Programming Our Children to Kill: The Consistent Judicial and Legislative Failure to Restrict the Sale of Violent Video Games in the United States 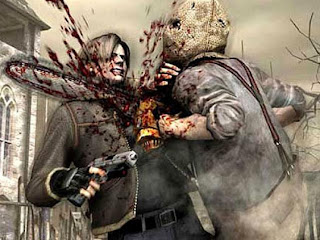 I wrote this short paper for a Video Game Law class last semester. The class was great fun and I enjoyed the conversations we had. We had to write three short persuasive papers on pre-selected subjects. One of them was on the topic of violent video games as the Supreme Court had not (as yet) decided the fate of the Schwarzenegger v. Entertainment Merchants Association (now Brown v. Entertainment Merchants Association). I may publish the other two papers I wrote in the future (on patents in video game law and disproportionate
While this paper is not parody, I am inclined to remind my readers that I DO NOT hold these views I have written at all. The paper was an exercise in finding common ground with opposing viewpoints. I am publishing it on my blog for a law school's friend. This way, she can cite to a source (my blog) in her paper:


On April 16, 2007, an outcast Korean-American student massacred 30 people on the Virginia Tech Campus.[1] Later that night, after the reports of the shooting were widely dispersed, media outlets queried experts in the field of psychology for their news hour broadcasts. Dr. Philip McGraw, when asked his opinion about the connection of the shooter to violent video games, stated that:

“[t]he problem is we are programming these people as a society…[c]ommon sense tells you that if these kids are playing video games, where they’re on a mass killing spree in a video game, it’s glamorized on the big screen, [and] it’s become a part of the fiber of our society. You take that and mix it with a psychopath, a sociopath or someone suffering from mental illness and add in a dose of rage, the suggestibility is too high. And we’re going to have to start dealing with that. We’re going to have to start addressing those issues and recognizing that the mass [murderers] of tomorrow are the children of today that are being programmed with this massive violence overdose.”[2]

Though Dr. McGraw may have inaccurately implied that the Virginia Tech shooter was an avid violent video game player (post-investigation evidence and testimony of the shooter’s high school classmates differ[3]), Dr. McGraw highlighted one of the lesser-known issues surrounding the debate. While other experts argued for hours about how violent video games cause children to become violent themselves[4], Dr. McGraw noted the troubling fact that our society as a whole has now enabled children—through violent video games—to enter the social discourse on violence first-hand. That children can participate in the violent killing of others at all—let alone virtually—produces a troubling issue for our times.

Violent video games and their media counterparts, Dr. McGraw argued, have become a mainstay of adolescent pastimes the world over. Such violent themes and interactions and their effect on children cannot be dismissed, regardless of their ultimate affect on children. Others may argue, even correctly, that such interactive violence potentially enforces anti-social behavior in adolescents who may already be struggling with anger issues. Still others may communicate that the mass murderers of Columbine and Virginia Tech would not have been such efficient killing machines were it not for their hours of practice in the virtual realm of games such as Postal and Grand Theft Auto. The real issue here is not that violent games produce violent people; it is instead whether children should be exposed to interactive violent media at all.

On November 2, 2010, the Supreme Court of the United States heard oral arguments from both sides of the violent video game debate.[5] Petitioners, the State of California, argued for the removal of the permanent injunction on Assembly Bill 1179, which Governor Schwarzenegger signed into law on October 7, 2005.  To its detriment, the State relied on the seminal Supreme Court case of Ginsburg v. New York which held that the state could prohibit the sale of sexually explicit material to minors (as defined by the statute) despite the fact that the material was not considered obscene for adults.[6] Unfortunately for the State, the long-line of case law before the Supreme Court intimated that the United States only interpreted “obscenity” to cover sexually-explicit material and not violent material.[7] Secondly, the State relied on the research of Dr. Craig Anderson and other research psychologists which suggests that violent video games increased aggressive thoughts and behavior in minors.[8] The findings may have boosted the State’s claims, but the general argumentation point fell flat: the correlation/causation debate is irrelevant. As stated in the respondent’s brief, “it is impossible to know which way the causal relationship runs: it may be that aggressive children may also be attracted to violent video games”[9].  That the combination of video games and children lead to aggressive thoughts and behavior at all in such children gives credence to a governmental interest in closely scrutinizing the sale of such content.

The respondents, the Entertainment Merchants Association, however, put forth even worse arguments to the Supreme Court such as the act’s lack of narrow tailoring, the similarity of video game content to other media, and the argument that such regulatory measures would open the floodgates to unprecedented censorship.

Firstly, the Association argued hyperbolically that a widespread ban on the sale of violent video games to children would hinder free speech through overbreadth and threaten to “reach a huge range of expression that has never been thought inappropriate for minors”.[10]  In arguing thus, the Association forgot that many products for sale are also banned for minors such as pornography, alcohol, and tobacco. Moreover, AB 1179 would only restrict the sale of such violent video games to those under the age of 18, thus completely negating an argument that the act served to limit free speech completely. Moreover, the statute would only encompass violent video games and not media such as movies or books—any contrary argument completely misconstrues the main motivations behind the act.

Secondly, throughout their Supreme Court brief, respondents weakly analogized violent videogame content to freely available literature and other media such as novels and television. The irrationality of the the argument by analogy is only dwarfed by one other argument in the respondent’s brief: that the state’s use of stickers indicating restricted sale to minor “may physically obscure some of the ESRB ratings and content information on game packaging”.[11]   In one instance, the respondents argued that “…while the act might ban a 16-year-old from buying or renting Tom Clancy’s Rainbow Six 3 video game, it would still allow him to buy or rent Tom Clancy’s movies or books. [12] Clearly, the respondents failed to import the significance of interactivity and that violence as enacted on television and read about in novels do not deliver the same pedagogical value as does interactive media such as websites and video games. Simply stated, watching or reading about killing someone represents a thrice removed version of a killing in a video game: children play as the avatar—when they control the avatar, it’s no longer the character avatar doing the killing, the child himself is killing.

Lastly, the Entertainment Merchants Association posits that due to the vagueness and overbreadth of the statutory text, its enforcement becomes either impossible or far-reaching. This analysis is not valid and at best, is wildly speculative. (1) Many United States statutes involve text that may at first seem vague or overly broad. State senators and other such legislators are not charged with the duty to exhaustively define how the statute operates in all situations. Rather, regulatory bodies—as an arm of the government—help define reasonable limits of every statute.  The United States Wildlife and Fisheries’ definition of the word “harass” as codified in the Airborne Hunting Act (AHA) represents one such example of a governmental regulatory bodies’ interpretation of statutory text.[13] Where a text provides arguably vague meaning, courts have almost always turned to regulatory agencies for their interpretations. (2) The Entertainment Merchants Association’s additional argument that the vague text of AB 1179 would lead to unprecedented censorship is also invalid.

The simple existence of such media content behooves the state and the nation to enforce strict guidelines regarding their sale. Indeed, while violent video games may not increase the likelihood of violence amongst average children and teens, there are many adolescents who may not have the mental or parental framework that allows them to adequately distinguish in-game consequences from real-life consequences. Regardless of how the causation arrow points, violent video games should not be easily purchasable in a society that values the ethical upbringing of children and appreciates that not all families make the best decisions regarding interactive content consumption. The restriction of the sale of violent video games would be in the best interests of adolescent children.