Are You Worried About Samsung Omnia Wifi Problems? 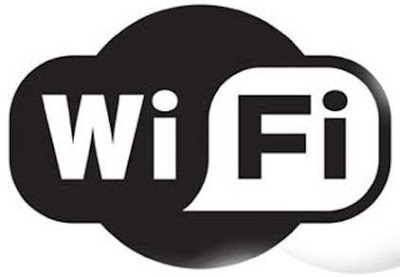 I couldn't help but notice, with my feedjit stats widget, how many current and (probably) potential owners of the Samsung Omnia stumble onto my blog via the search terms, "wifi", "problem" and "omnia". And with having only written a few articles on the Omnia (I.e., preview, best online resources, and Omnia packaging) so far, I decided to devote an entire article to the device's wifi performance. To tell you the truth, I haven't had that many problems here with my own Omnia so far. At least, I've been able to get it to work with my home network, read emails, and even download a multitude of podcasts, like Diggnation and BBC world news.

[updated 1/10/09] Settings: On my Omnia, under wifi settings, I've set "networks to access" as "only access points". For advanced options, I've checked "turn on available network notification" and set "turn off wifi..." to "never". Under the connections settings, select connections and "select networks". There, I've set both options to "My Internet". To be sure that you're not accessing the internet via GPRS or 3G instead of Wifi, google Modaco's No Data software--it allows you to disable all data connections except those you need. However, I'm sure as you've looked at other forum threads that there must be another problem for which your wifi is failing. My current firmware is a custom "cooked" ROM from Modaco and I will be updating again soon as each new firmware seems to bring with it a slew of upgrades to wifi connections. I used to have the wifi cut in/out constantly, but since upgrading, it's fine.

So to allay all the fears of those who may have heard rumors about any wifi problems, I say: there really aren't any...Ok...there are a few:

Gripe #1: Omnia uses GPRS or WAP By Default Instead of Wifi For Browsing

My biggest gripe so far in terms of this wifi issue is how I have to wait a minute or so before the network initiates. If not, the Omnia tries to pull URL data from the website I want to visit via GPRS. I sure hope I'm not getting a big telephone bill for data this month. (This has now been solved with information in the PPCSG forums on how to shutoff GPRS and WAP while surfing on the Omnia).

My second gripe with Omnia's wifi has to do with the incredible amount of heat that the device produces in the back nether regions of it's body when wifi is turned off. I could cook an omelet and melt frozen cheese with the amount of heat produced by this thing--is Samsung sure they shouldn't have marketed the Omnia as "everything you've wished for, including an iron skillet?" It's pretty hot. Hot enough that you'll probably not want to keep wifi on all the time just so you can go wardriving for unsecured networks. Trust me, though it may not be as searingly hot to burn a sleeping guy's leg as the Iphone, which now may be welcoming a class-action lawsuit for it's defective components and software, the Samsung Omnia should have come with some sort of warning label or cautionary note. I shudder to think what would happen if I simultaneously charged the Omnia while leaving its wifi on for hours on end. 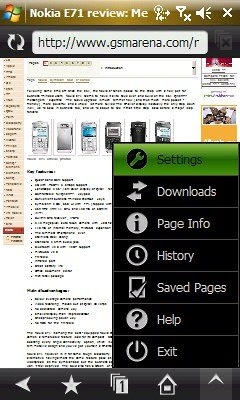