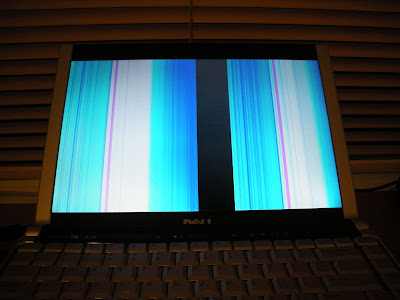 Update 7.28.09:
- Got the first BSOD (blue screen of death) after several months of perfectly problemless use. I found that the last time I had the BSOD, it acted as precursor to the GPU giving out and thus showing the color banding (as depicted above). I will likely be extending the warranty on the XPS. Remember that you can extend your warranty even after the original expires--though it's rather expensive.
- Just found this today. Here's a mod that allows you to install a small copper overlay on the GPU (Nvidia Geforce 8400m GS) so that it's cooler by about 10 degrees. (Only attempt if you know how to take a PC apart, no longer have a warranty).
About a month ago, I noticed that my laptop, a Dell XPS M1330, started having video card display issues. The problem was that after a change of program (start/exit), a small balloon would pop up from the Start Bar showing that the video card had failed. Initially, I believed this just to be a small glitch and something not to worry about as it would probably fix itself with newer ROMs and updates from Dell. However (!), it only got worse. Here's a youtube video from another owner who's experienced the same issue. The problem is actually pervasive throughout the lineup and it has something to do with the incompatibility of the graphics card, Nvidia GS 8400m and the XPS M1330's motherboard. For some reason, the incompatibility causes the fan on the graphics card to spin far faster than it needs, leading--rather ironically-- to the video cards's overheating and electronic malfunction.

The images below show that the video card failed completely in a matter of days. After which, I could not use the laptop at all as it wouldn't even output the video to an external display. 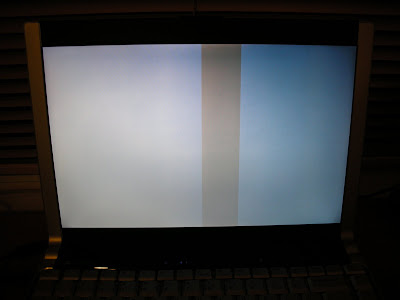 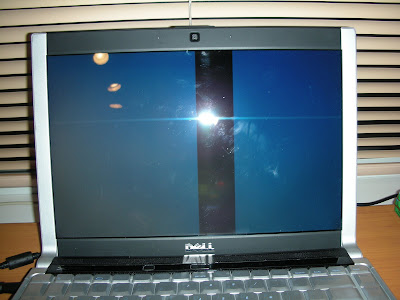 Now, I'm happy to report that the problem has been fixed (at least until I next report of any video card issues). Dell has done an extraordinary job of fixing the issue in both speed of repair and customer service. But the process itself (which lead to the serious delay between the cropping up of the issue to the time it's repair), had some problems.

This report and repair process could definitely have been smoother:

1) The number a Dell owner has to call when in Canada isn't exactly clear. I was transferred a frustrating number of times between India, the United States, and Canada call centres. For example, when calling Toronto I was transferred to the US many times. Each category, it seems, (laptops > Inspiron/XPS) directs the caller to another call centre (sometimes in another country). For example, when calling Toronto, I was often be directed to the US when making an enquiry on the XPS laptop.

2) The service tag database, which houses all the information on each owner's Dell product, isn't available internationally and on each call centre's server. Therefore, when calling a US call centre with a service from outside the US, I ran into many problems with employees who couldn't find any information on my laptop. Which leads me to the 3rd issue:

3) I had to get an international change of ownership form completed in order to allow the call centers in North America to find any information on the laptop and thus service it as a repair. One issue I encountered was with a Dell employee who had confused the form I needed with the North American ownership form instead--which only transfers pcs between owners located in the US). Only once this was completed, and Dell provided the most appropriate number to call, was I able to place a service order on my pc.

From the start of the odd video card color "banding" phenomena on the laptop, to when it arrived back to me fully repaired (today) has taken exactly a month (of course, the massive dumping of snow in the Vancouver area is most responsible for the delay). The last leg the of the process, incidentally, was the fastest, least frustrating part: after I spoke with a Dell service repair employee and listed all the symptom of the pc, they decided they would ship the part (a new motherboard with the GPU built in) out to the closest dell-certified free-lance repairman . When he couldn't remove the remnant screw in the motherboard, he called Dell to have them ship my pc out to New Market, Ontario overnight at the nation's largest Dell Depo (why didn't they do this at first?).

Well, that worked out well popped it in a box for a purolator postman last Thursday and got it back today (Tuesday), a period of only five days! 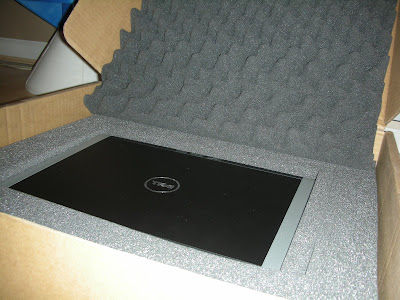 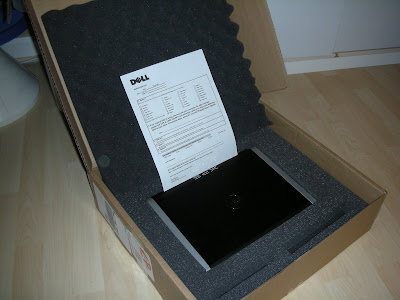 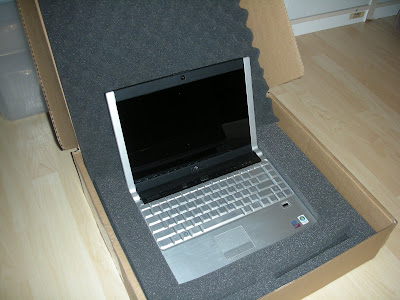