Just this past week, crews met at the University of British Columbia in Vancouver, BC to re-shoot certain scenes for the upcoming movie, X-Men Origins: Wolverine, starring Hugh Jackman as the eponymous mutant super-hero. I got the opportunity to take few photos with my Samsung Omnia camera phone of the tanks and military vehicles near the lobby of Buchanan Tower, where most Arts Faculty professors have their offices. Unfortunately, my phone died--luckily, however, my friend Ronal was close by to take a few shots with his not-too-shabby N95. 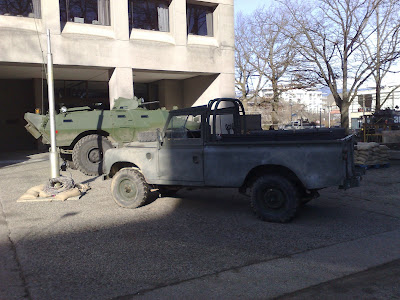 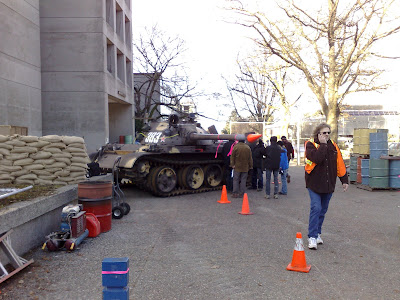 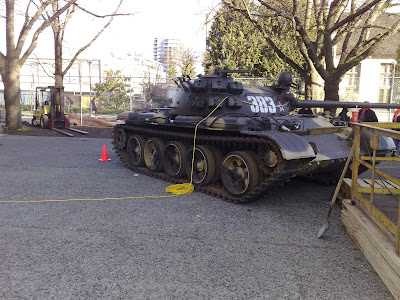 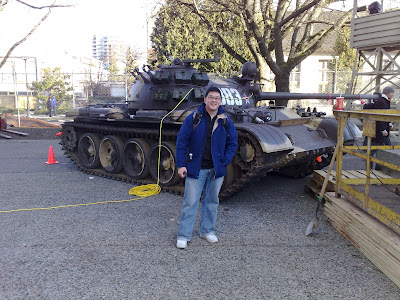 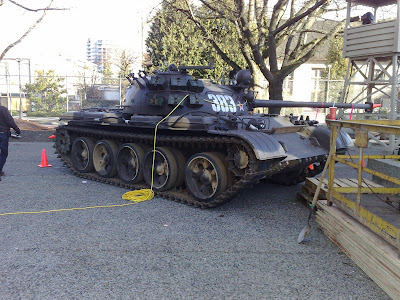 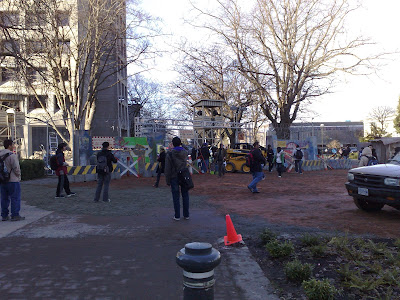 As one can see, the set looks incredibly surreal. Most students who pass by Buchanan Tower (and those that meet profs during office hours in the building) have often noted how the post-modern quality of the structure's bland cement facade would be perfect for a dystopic feature-length film. And now it's a reality--almost. Either way, it's pretty cool to see UBC used as a film set as it so often does become. Here's a preview trailer of Wolverine: