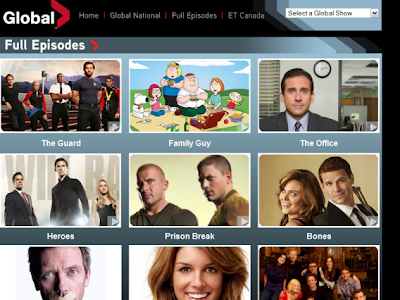 (This article has been recommend by How-To-Hide-Ip.info)
UPDATE 5/7/09: Hulu has begun detecting and blocking proxy/vpn access to their video streams. Read my newest post for a solution.

Here's a great post from DIY TV Antenna called No Hulu in Canada? No Problem!

Summary: The author describes that though Hulu still isn't freely available in Canada yet without workarounds such as Hotspot Shield, it's still possible to catch one's favorite shows on local tv station's websites: CBC, Global, CityTV, and CTV. The selection is still fairly limited in comparison to sites such as Hulu or surfthechannel.com, but at least some of the most popular shows such as House, 24, Family Guy, Grey's Anatomy, Desperate Housewives, Ugly Betty, The Daily Show, Little Mosque On the Prairie, and Corner Gas are available.

Edit 6/26/09: Another great list of Canadian media networks and distribution channels akin to Hulu can be found at Technifisense.
By Patrick Soon